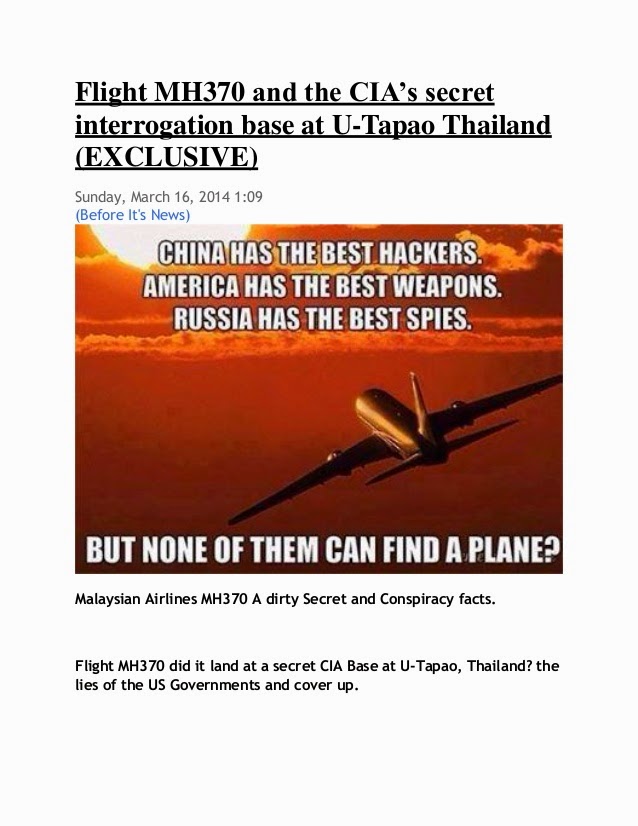 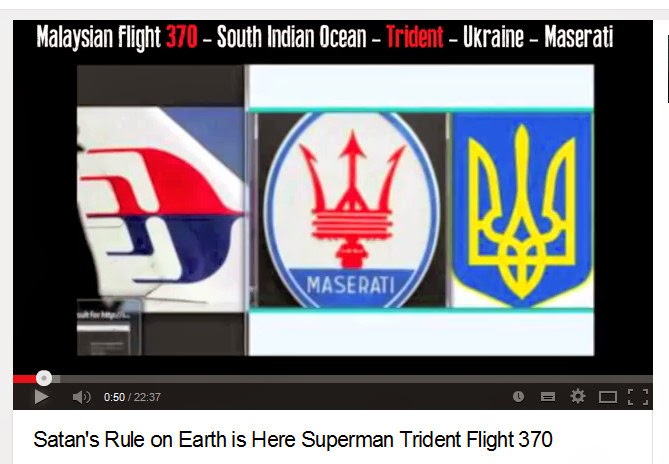 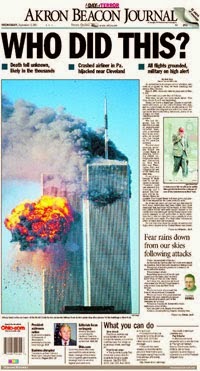 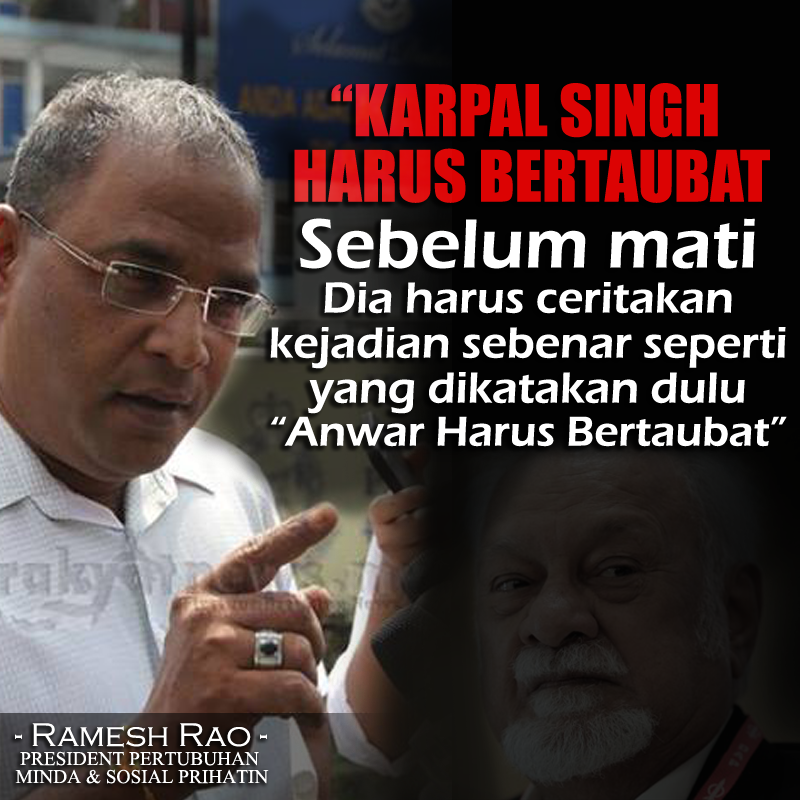 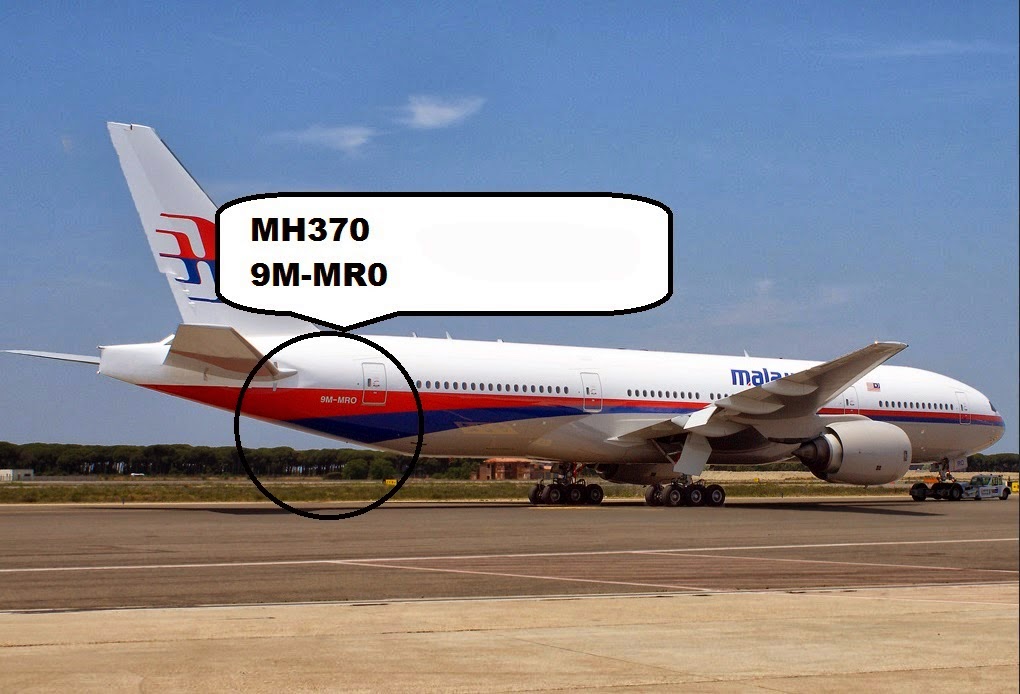 THE ISRAELI TWIN - Why would Israel have a plane identical to the missing Malaysia Airlines plane in storage in Tel Aviv? The plane in this photo is Boeing 777 2H6(ER) first flown in July 1998, Construction No. 28416* (Original Reg. No. 9M-MRI), an identical twin of the missing plane, which was given a new registration number (N105GT) and flown to Israel in November 2013.

THE TWIN PLANE IN TEL AVIV, ISRAEL, DECEMBER 2013 - What are the Israelis doing with this retired Malaysia Airlines plane in a hanger in Tel Aviv? Could it be part of a false-flag terror plot in the making? Where is this plane today?


IS THIS A SECRETLY TAKEN PHOTO OF THE PLANE STORED IN TEL AVIV?

Taking off to its new home, picture (taken from several others) and text taken from link.

Note: The date in relation to above info.

The following I found at :http://www.tapuz.co.il/forums2008/viewmsg.aspx?forumid=1151&messageid=172742624 and the relevant parts are translated from Hebrew using Google Translate

The picture shown is linked to this page, but wouldn't show.It can be found at-  link

Is this picture near its hangar? Note the identical blank tail scheme as pictured in the above photo.

Excellent discovery! Can you disclose how you were able to find the current locations of 9M-MRI (aka N105GT) and 9M-MRK. 9M-MRI is the one that GA Telesis registered as N105GT. See image below.

Please share the source of your discovery! If Israel has either of these aircraft, expect another 911 attack soon!

"What happened to this aircraft, nobody knows. My guess is based upon the stolen passports, and I believe Iran was involved. They hijacked the aircraft and they landed it in a place that nobody can see or find it.”
- Issac Yeffet, former El Al security expert to Times of Israel, March 17, 2014

The making of Milchan's Medusa Touch involved constructing models to simulate an aircraft striking a skyscraper.

Here is the article by Paul Alster from FoxNews.com

HAIFA, Israel – Top Israeli defense officials have hurriedly put in place a confidential list of secret security measures in light of the baffling disappearance of a Malaysia Airlines jumbo jet that experts fear could become a weapon of mass destruction if in the wrong hands.

With no trace of Beijing-bound flight MH370 after nine days, one of several theories that has emerged is that the plane was hijacked to Iran, where it could be turned into a massive and devastating weapon. Two Iranian passengers are known to have been aboard, travelling on false passports. While Israeli officials did not confirm any suspicions regarding Iran, experts said it is not a stretch to point the finger at Israel's Middle East nemesis.

“My guess is based upon the stolen passports, and I believe Iran was involved [in the disappearance of the plane],” Issac Yeffet, formerly a global security expert for Israel’s national airline El Al told today’s Times of Israel. “They hijacked the aircraft and they landed it in a place that nobody can see or find it.”

As the search continued to widen fruitlessly, Israeli security officials and aviation authorities, who have long feared a 9/11-style attack, conducted a security assessment and rapidly implemented a series of security measures. The only one reported publicly is that Israeli air traffic controllers will demand that incoming aircraft identify themselves earlier than has so far been the case, sources told FoxNews.com.

IDF officials aim to ensure an unthinkable repetition of the Twin Towers attack doesn’t happen in Tel Aviv, where the skyscraping triple Azrieli Towers rise high above the city. There's good reason to believe the three-tower commercial-residential-office complex is a coveted target of the Islamic Republic.

In a recent video simulation broadcast by Iranian state TV after the initial agreement with the international community on a reduction in Iran’s nuclear capability was signed, the Azrieli Towers were shown being blown up by Iranian missiles.

The Israeli media has speculated that if Iran played a part in the disappearance of the plane, it is all but certain the regime would not have been directly involved. It would likely instead act through a third party, using one of the many international terror organizations Iran sponsors and maintaining plausible deniability. Tehran would not want to jeopardize the easing of international sanctions and other gains made recently at the Geneva negotiations with the US and the P5+1.

The recent interception of a boatload of Iranian M-302 missiles headed for Israel’s enemies in the Gaza Strip or Sinai Peninsula has given rise to further speculation in Israel that Iran might be considering all manner of means to strike back after such an embarrassing and damaging loss.

“This would never have happened on an Israeli plane,” Yeffet said. “An El Al aircraft was hijacked for the first and last time in 1968. Since then, there has not been a single flight where security did not check every single name.”

Yeffet believes that the time consuming and often-criticized profiling of every passenger at Israeli airports would have picked up the Iranians travelling on false papers.

Most flights to and from Israel require check-in three hours before the advertised flight time and passengers are often faced with many questions (some personal) that some people take exception to. The fact remains though that the Israeli method seems to work and has, thus far, proved watertight.

“More security costs more money,” Menachem Yarden, a retired El Al pilot with more than 37 years experience told Fox News.com. “Few companies these days are making money because of increased costs and relatively low ticket prices. Especially in the U.S., spending more money on security and telling people to come 3 hours before the flight – even if their flight time is just one hour – it’s crazy. No-one would fly.”

Asked if air marshals - allegedly placed on every El Al plane - might have made a difference to flight MH370 if, as some believe, it has been hijacked, Yarden said, “As El Al pilots we didn’t know all the security measures [put in place]. Security is a separate matter [to piloting] and the fewer people that know about it, the more secure it is.”

Yarden said it is possible such a huge aircraft could have flown thousands of miles undetected.

“Yes. It is possible to fly as low as the pilot is able,” Yarden confirmed. “When you switch off the transponder no civil controller can see you. In 9/11 the pilots switched off the transponders and no one saw them. It is not like military radar which sends electromagnetic pulses that receives back the echo via antenna.”

“In this extraordinary case any theory might be the right theory,” Yarden concluded. “No one knows what’s happened.”

"Is This a Secretly Taken Photo of the Plane Stored in Tel Aviv?" Beforeitsnews.com, March 28, 2014
beforeitsnews.com/alternative/2014/03/is-this-a-secretly-taken-photo-of-the-plane-stored-in-tel-aviv-2927888.html 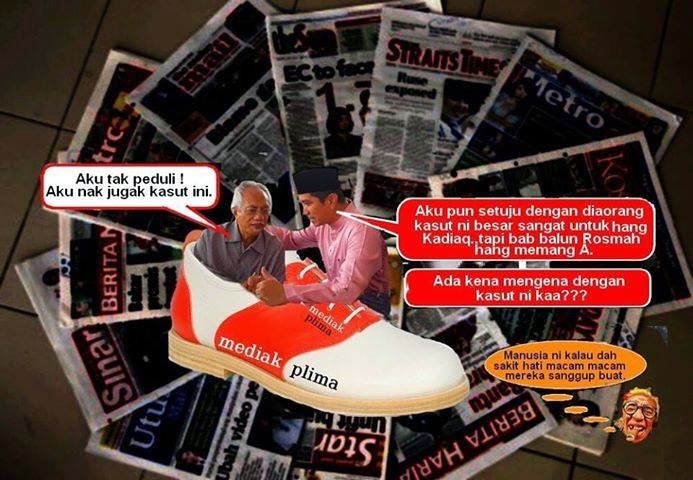 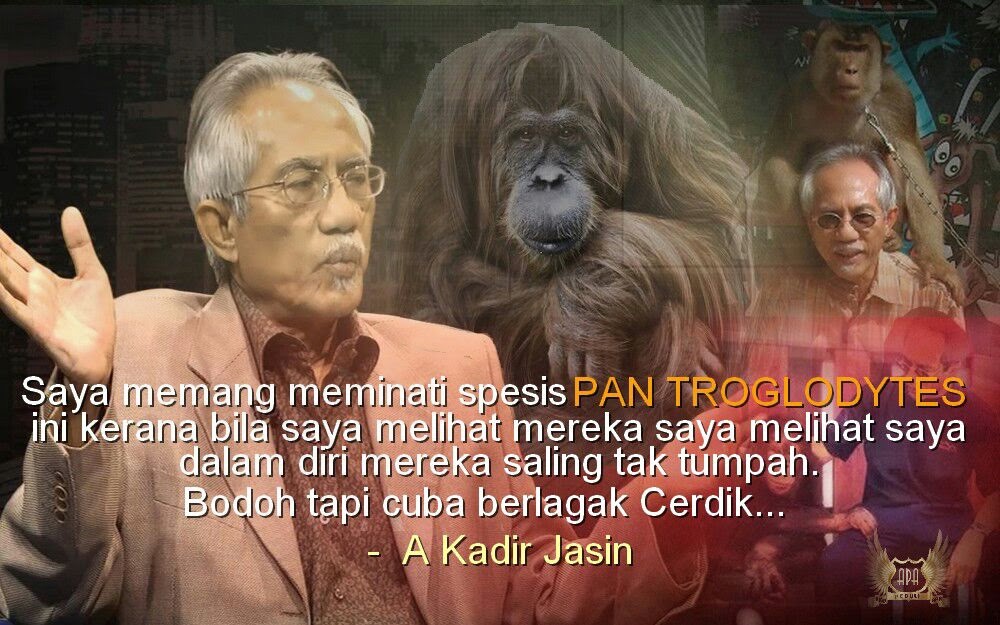 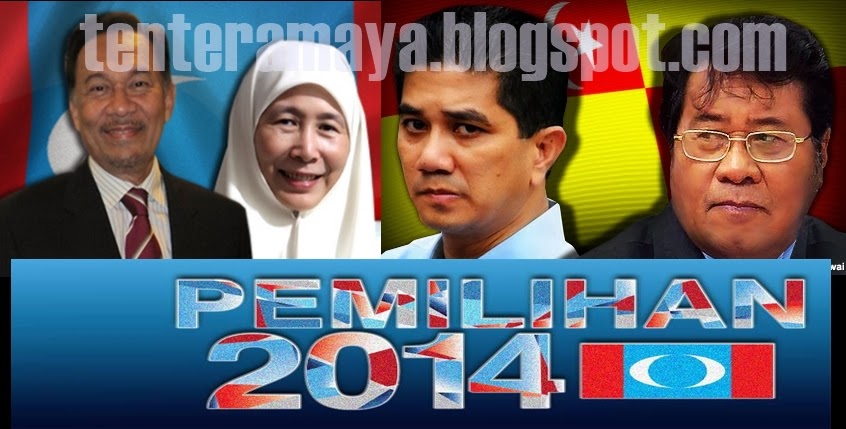 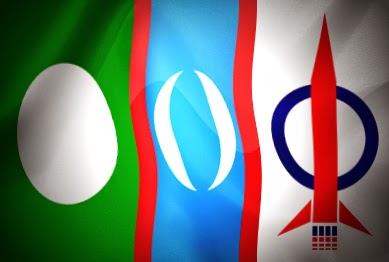 Sumber: Urusetia Pencalonan Pusat PKR
Sent by Maxis from my BlackBerry® smartphone
Posted by Hafiz Al-Din at 3/29/2014 07:04:00 PM No comments: 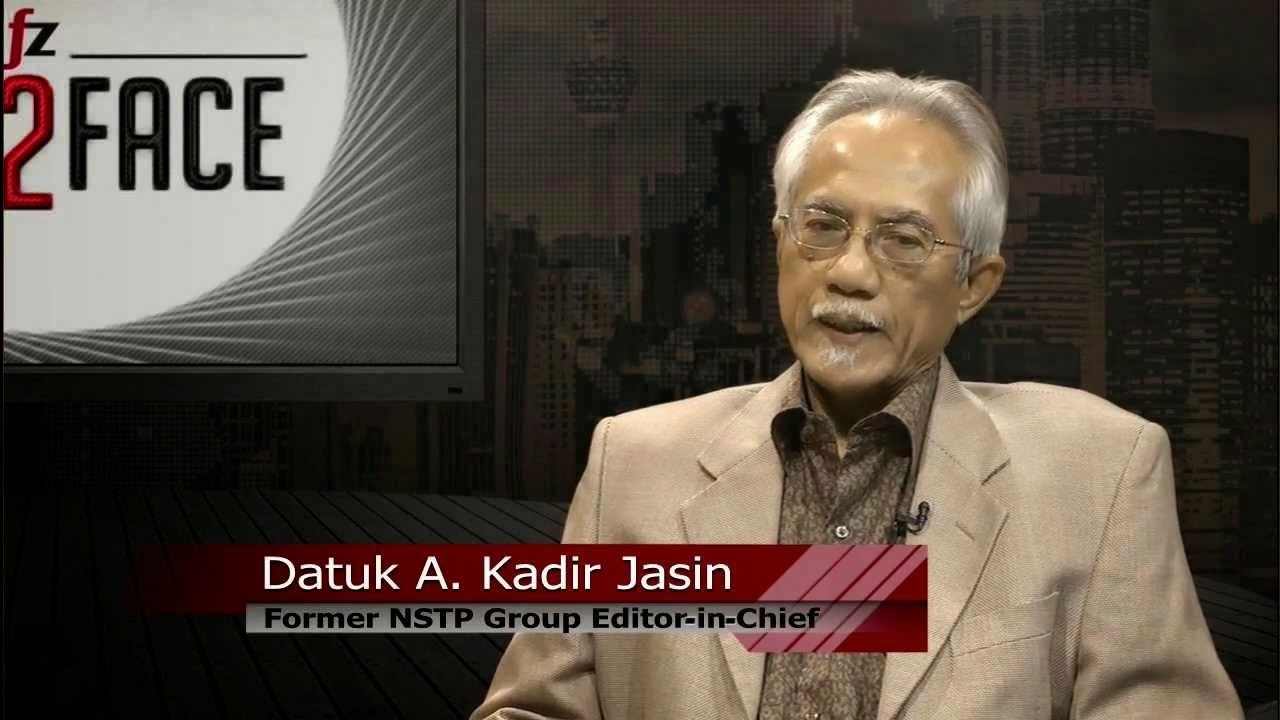 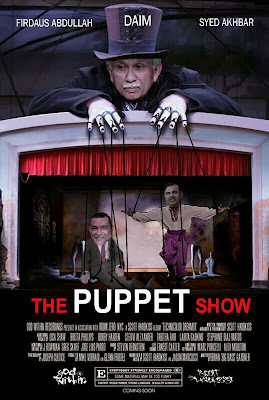 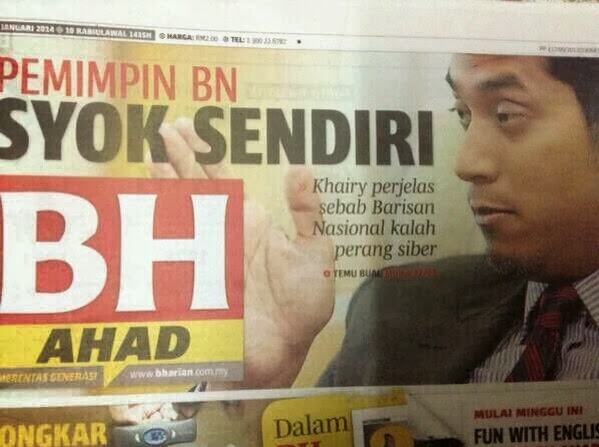 #MH370: MALAYSIA TRIED IT'S BEST.. BECAUSE THEY KNOW WORLD LOST THEIR HOPE!!! #SupportMalaysia 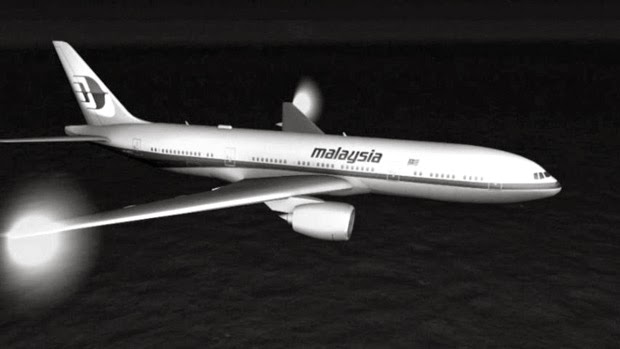 A double-edged sword, truth is...
By Haris Hussain

SEARCH FOR MH370: Closure isn't only for China to seek

IN the absence of concrete evidence -- a debris field, wreckage and fuselage pieces, black box, wing spar, cockpit voice recorder, pieces of human tissue, flaps, slats and spoilers -- how does a government, any government, handle the issue of a missing jetliner with all souls on board?

From the moment contact was lost with Malaysia Airlines flight MH370 on March 8, Malaysia had sought to be upfront with all the facts. And, why wouldn't we?

MAS has a sterling safety record. Its pilots and cabin crew are among the best in the world, winning international awards and accolades. There's no reason for us to hold back anything.

Every lead was announced. Nothing was surreptitiously packed away and tucked into a darkened corner with a quiet and hushed "sshhh".

When these leads turned out to be false, they, too, were relayed to a waiting world. Over time, this worked against us.

Soon, the perception was that there were too many about-turns, retractions, clarifications and non-leads.

In our desire to be open in our investigations, we were painted as inept, when the overriding concern and the only mantra had always been to tell the truth.

Over the last three weeks, assigning blame had been taken to ugly, vile extremes.

MAS chief executive officer Ahmad Jauhari Yahya was not spared. The most visible face of MAS, Jauhari was asked to resign, as though he had "terminated" the flight himself.

For three weeks, Malaysian authorities were told that they were in denial: that the Boeing 777-200ER had crashed and that they should just admit it, so they could get on with the task of looking for answers and provide closure to the families.

The outpouring of hope was inspiring. It united the country when politics, ideology and even faith in humanity had failed.

But, when Prime Minister Datuk Seri Najib Razak announced on Monday that MAS flight MH370 had ended in the Indian Ocean, these same people accused the Malaysian authorities of being insensitive.

CNN's Richard Quest summed it up best when he said Malaysia was caught between a rock and a hard place, with the way she was handling the crisis.

One particularly vicious attack came from a "guest commentator and senior journalist" of a China-based publication.

"With a heavy heart, it told the whole world calmly that the airplane on its way to Beijing had ended in the Indian Ocean. When they broke the news to the whole world, it was just like a kid telling the adults he had lost a toy."

"When China diverted over 10 satellites from their courses at high cost, what were you doing?"

"When you decided to tell all, weren't you belittling the love of the whole world for the loves of 239 people? Or was it because you were nearing to the truth that you found it difficult to cover a certain secret by grossing over it?

"Or was it because that, after waiting for 17 days, such a conclusion could now make those relatives to go home and resign to their fate?"

It all makes for great copy. But, the tone that accompanies this piece, and many others like it, makes it sound as though China is the only one deeply scarred by this tragedy. That is, the only one that lost everything.

Almost everyone I know knew someone on board that flight.

So, the pain is not your exclusive preserve. And, as much as you want answers and closure, so do we.

Throughout all this, Malaysia has been kind and compassionate when understanding is needed, strong and resolute when millions are looking to her for answers, and dignified and stoic in the face of adversity and unfair criticism.

So, cut her some slack. 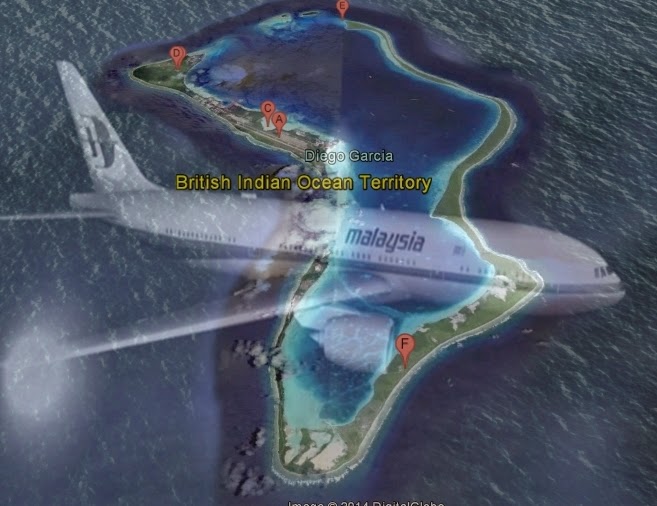 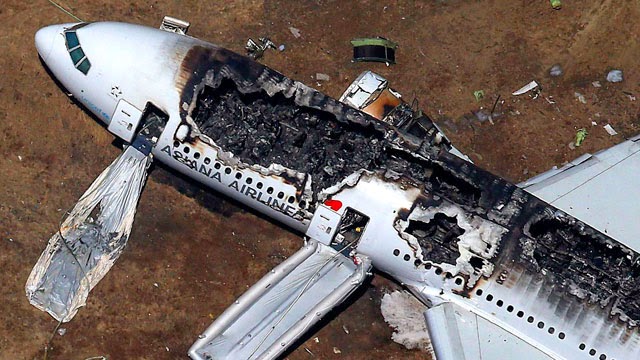 "I have been held hostage by unknown military personal after my flight was hijacked (blindfolded). I work for IBM and I have managed to hide my cellphone in my ass during the hijack. I have been separated from the rest of the passengers and I am in a cell. My name is Philip Wood. I think I have been drugged as well and cannot think clearly. "
Link forum: http://archive.4plebs.org/pol/thread...4494/#27834944
Profil Philip Wood: http://www.nydailynews.com/news/worl...icle-1.1723968 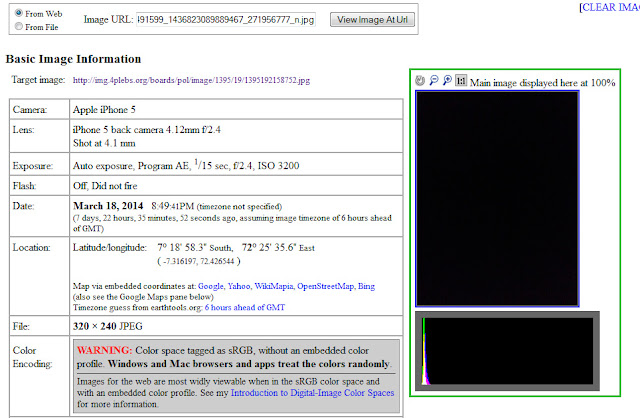 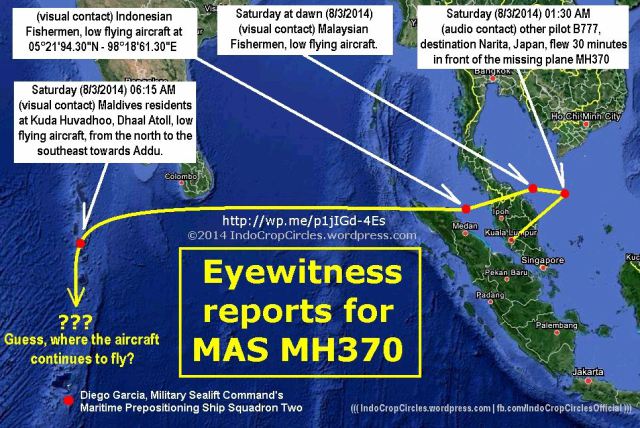 "OP photo is interesting because it's not actually just a pure black picture, you can see noise if you zoom in. He is in a dark room." 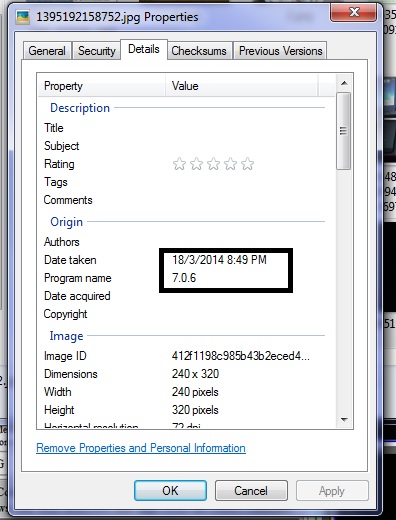 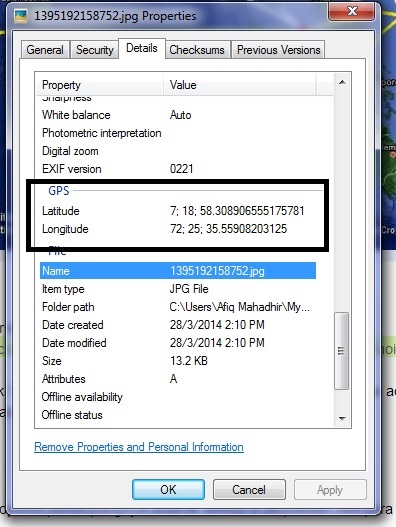 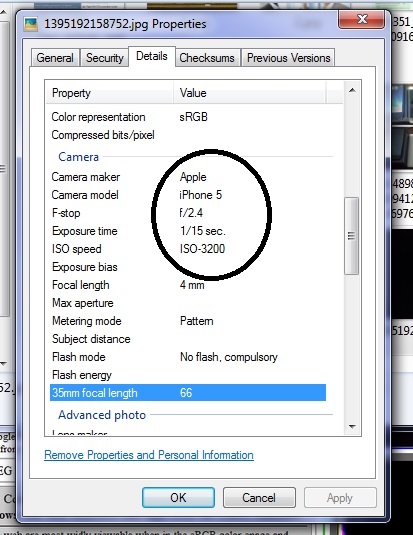 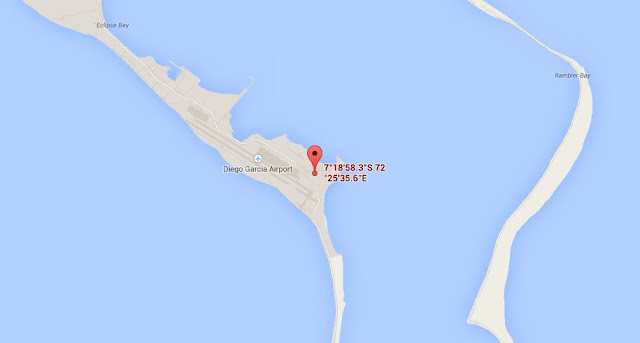 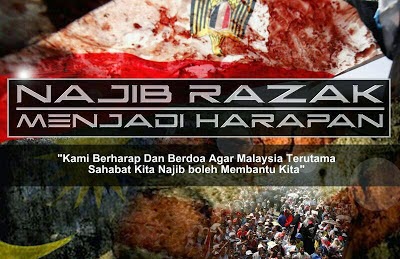 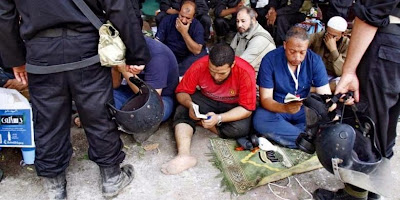 FROM MESIR: "The appeal of the 529 accused (only 153 appeared in Court) has not been fixed yet but we are confident Court of Appeal will overturn the sentence. The Judge got angry when our lawyer asked him to recused himself. The sentence has also been referred to Grand Mufti of Al-Azhar. No execution yet by the Court. Also another 683 including our leader Sheikh Mohamed Badie yesterday was postponed to 28 April. We hope and pray that Malaysia especially our friend Najib can help us. Please send our salam and our taqziah & doa for the MH370." 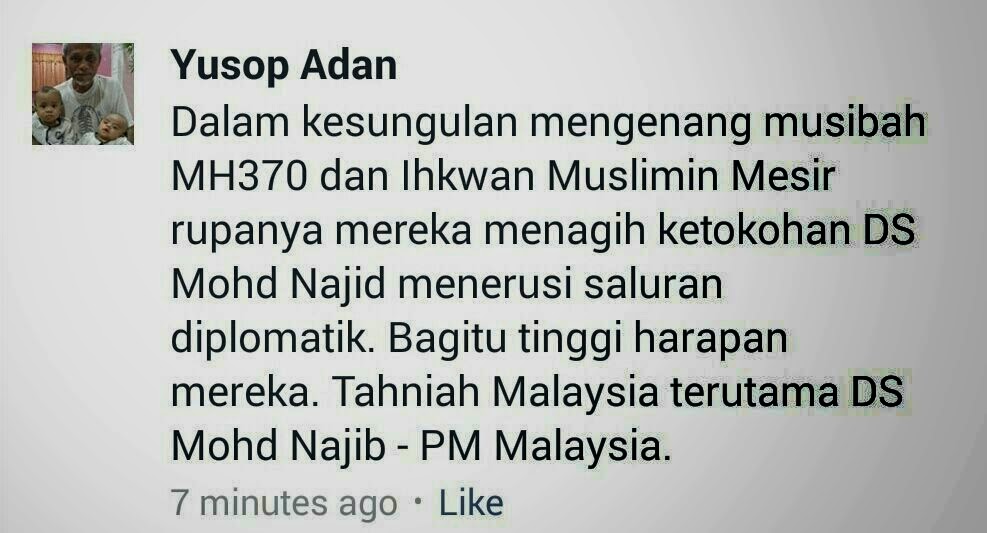